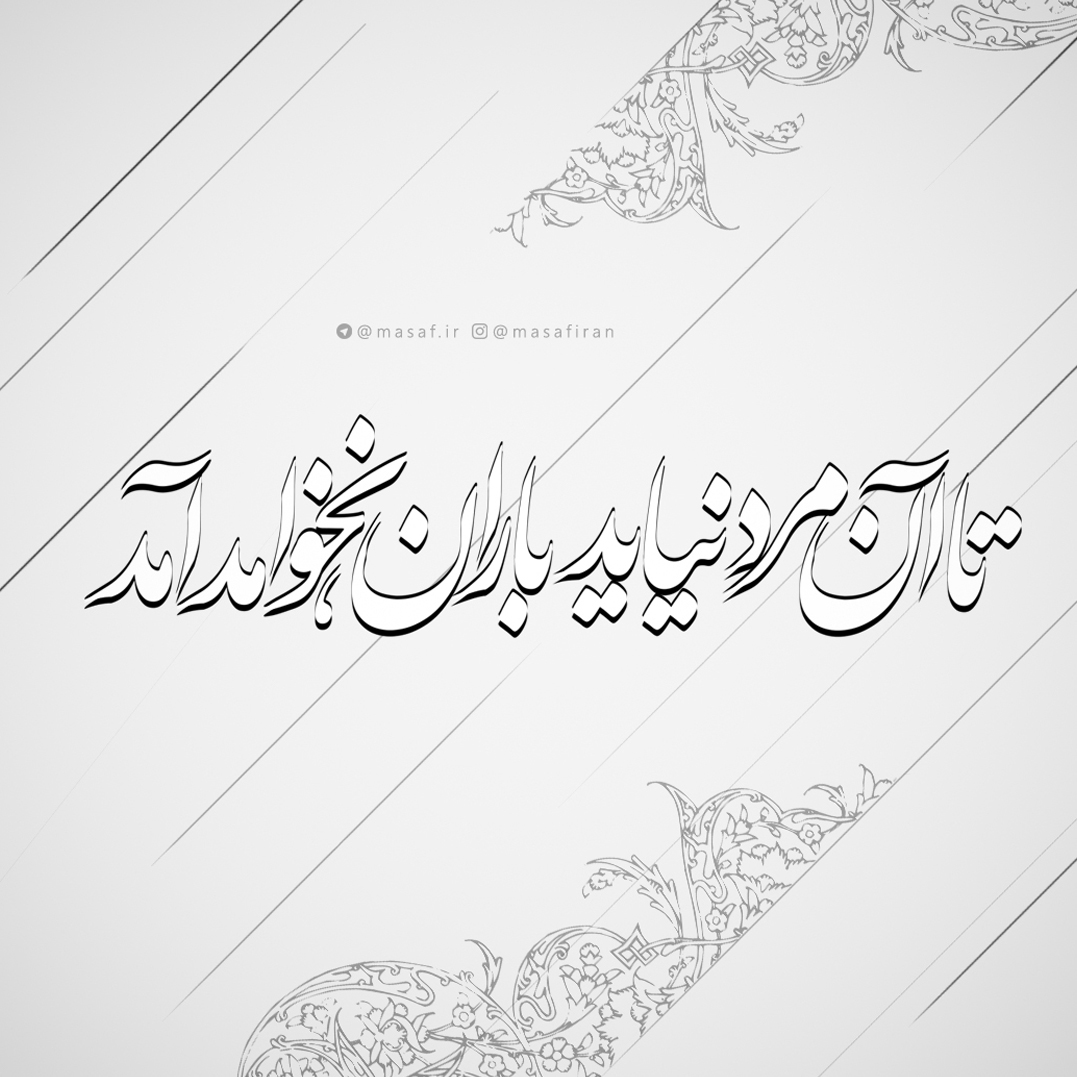 What sufferings (hardships) are incurred by Imam Mahdi (PBUH) who is the owner of the whole planet earth and how does he feel and how do we feel? He is in prison and is not happy and we are absolutely ignorant…

My friend, think about your Leader’s exile during which this vast world has become a jail for him...

In some narrations a sign from Joseph (PBUH) is mentioned and that is being imprisoned.

There are more than 300 Mahdavi verses in the Quran

Some Mahdavi topics in the Quran:

Descriptions of Imam Mahdi’s companions in the Quran

Jesus’ descent in the Quran

Some of the “Imminent signs of the Reappearance"

The future of the world in the Quran

Information about Messianism in the past religions

“Waiting for the Savior" in the Quran and other religions

The characteristics of the Reappearance Era" in the Quran and ...

That, God willing, will be sent to you dear Mehdi helpers.

(The Merciful Government of Imam Mahdi (1-10

Blessings in the time of Reappearance

“In the era of Imam Mahdi (PBUH), the earth puts out its treasures such as pieces of gold and silver,

The thief comes forward and says:

“Was my hand cut for a thing like this?”

The murderer comes forward and says:

“Did I commit murder for such an object?”

The one who hasn’t maintained ties with his family says:

“Did I cut the ties (with my relatives) for such a thing?”

Then these pieces of gold and silver remain on the ground and nobody has the slightest desire to take them.”