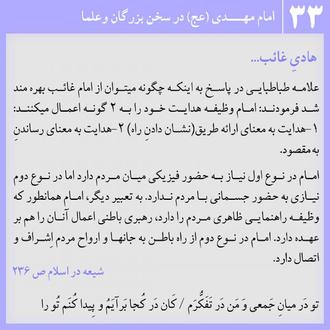 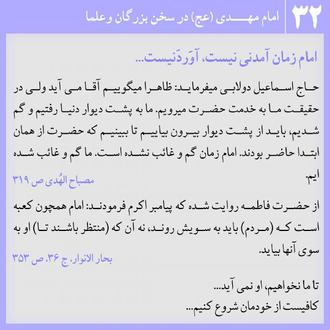 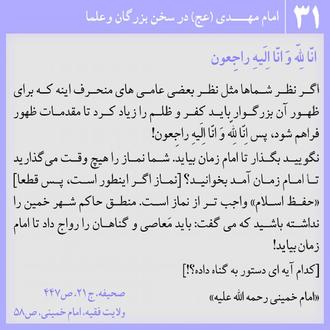 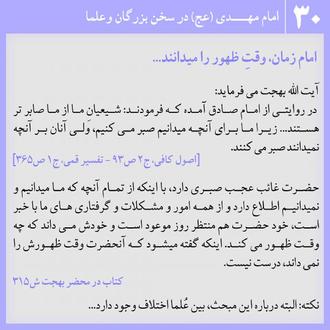 The words of scholars - The third series

Consider the Reappearance as near

(Hojjat al-Islam Masoud Aali- The Reappearance Signs and the the Duties of the Awaiting People. “Samt-eh Khoda” Tv program)

At the Apocalypse, the main problem is the good people; not pagans

At the Apocalypse, the main problem is good people; not pagans and bad people. As an example, there is no narration saying: “The Reappearance is postponed because numerous sin centres are built!” Or another narration saying: “Pagans have many destructive atomic weapons, so Imam won’t reappear for the fear that they drop these bombs on Muslims.”

According to Imam Baqir (PBUH) some of scholars want to issue a death sentence for the Imam, but they can’t! (And if it weren’t for the sword in his hand, the scholars would have issued fatwas to kill him; Ayatollah Bahjat’s website, Note 2148 and Sharh Usul Al-Kafi/1/563)

This is all about “Good people should be pure and refined” The problem is that we are impurities, this should be fixed. 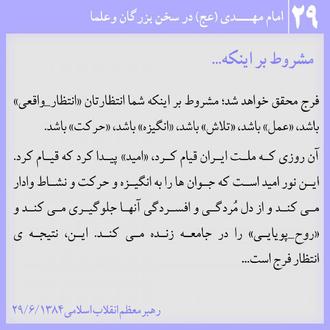 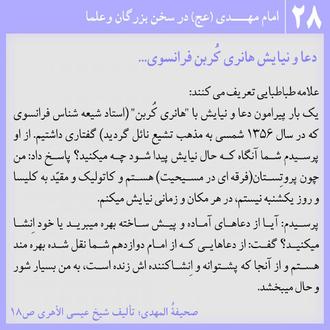 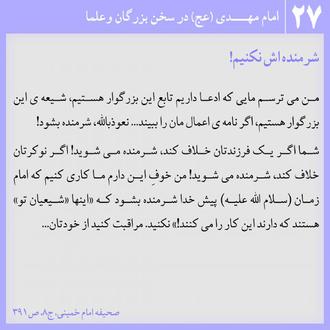 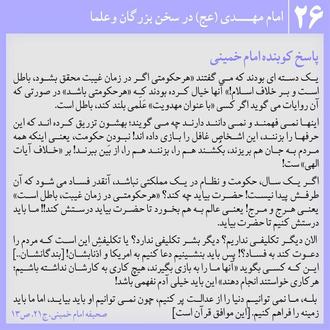