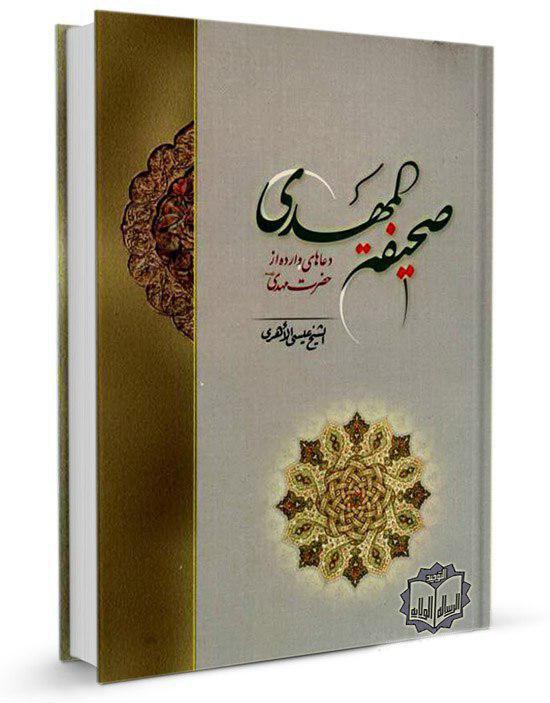 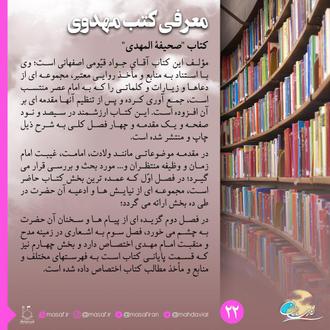 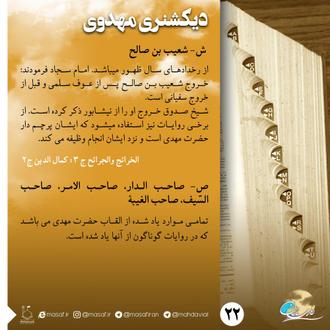 The importance of praying for the children

It’s favorable to pray for the children in addition to training them and being kind to them. One of the prayers which contains very beautiful concepts regarding this matter is the prayer no. 25 of al-Sahifa al-Sajjadiyya. Some of its verses are as the following:

“Oh, God! Do me a favor and save my children and improve them and give me their benefit.”

“Oh, God! Lengthen their lives and make them healthy and guide them towards the true religion and good character.”

“Oh, God! Make them pious and insightful and loving and well disposed towards Your friends, and malicious and virulent towards Your enemies. ”

“Oh, God! Make my name everlasting through them and make them my helper in [fulfilling] the wishes, make them affectionate so that they be loving towards me and obedient to me, not disobedient and disrespectful.”

To be adorned at home

A person who is willing to help Imam Mahdi (PBUH), should take all the words of Ahl al-Bayt as the guidelines for his life. One of the most important recommendations of Ahl al-Bayt to the Shias is to be adorned and beautiful at home and in the presence of the spouse.

Contrariwise, most of the people pay more attention to their beauty outside their houses and do not care about their appearance at home.

One of the most important recommendations of Imam Kadhim (PBUH) to the Shias is that he says: “Man’s adornment for his wife is one of the factors of woman’s chastity.”

The duties of the awaiting people - The second series

Recognizing the symptoms of the Reappearance

Recognizing the symptoms of Imam Mahdi’s Reappearance is one of the important duties of the awaiting people during the occultation, especially those signs which our Imams have informed us about.

Everyone is needed to pledge allegiance to Imam Mahdi after his Reappearance and this is impossible without having knowledge about the Reappearance.

Imam Sadiq says: "Five symptoms are inevitable before the Reappearance of Imam Mahdi which include: “Yamani, Sufiani, a loud cry from the Heavens, the murder of the pure soul, and the ground subsides in the area of Al-Bayda."

"Recognizing the symptoms of the Reappearance is obligatory."

Almsgiving on behalf of Imam Mahdi

This work is one of the signs of amity and friendship toward Imam Mahdi. One of the recommended tasks ordained by God in his Book to his servants is to do almsgiving on behalf of the (Islam’s) Prophet’s kinsmen and relatives. You don’t notice that whenever you worry about your child or dear ones you pay alms in order to keep them safe from dangers? Thus, your Imam is the most deserved for such a deed (almsgiving).

As evidence to what we mentioned, we can refer to Sheikh Saduq who writes down a document referring to the saying of Prophet: “No one has believed faithfully in me unless he loves me more dearly than himself, and my family more than his and my progeny and kinsmen more than his, and my own self and his own self.”

We can infer from this Hadith that expressing affinity toward him (Imam Mahdi (PBUH)) is as pleasant as the extent that a believer is fond of his kinsmen, children and family and expresses his affinity toward them.

The Reappearance Signs - The second series

There is an extreme disagreement among the Sunni narrations over the time of the Rise of Yamani:

1- Some believe the Rise of Yamani (Qahtani) is before the Reappearance.

2- Some believe it is concurrent with [the Reappearance] of Imam Mahdi (PBUH).

3- Some believe it is after Imam Mahdi’s (PBUH) demise!

And even in some of the other narrations, Yamani is said to be Imam Mahdi himself (PBUH)!

The rise of Yamani

There are many narrations stating that the “location of the rise of Yamani” and locality of formation of his movement will be in Yemen. For example Imam Sadiq (PBUH) said: “The rise of Yamani will be from Yemen with white flags.” [The epitome of Ithbat ar-Raj’a, p. 455]

“The exact activities and details of the rise of Yamani” is not clear in narrations! Maybeu the reason for not revealing this is to avoid planning of his enemies against him. Also it is possible that the details are explained in the words of Imams but have not reached us.

Seeking the Savior in Different Religions - The second series

There is a great deal of common ground between Christians and Jews; that is their historical background

is the same; in fact, the Jewish greats are the Christian greats.

But is Jesus, the Promised Savior that is mentioned in the books of Isaiah, Zechariah and Daniel?

Some Jews believe that Jesus is the Messiah and Savior, but some of them rejected the idea, and because of that they tortured Jesus and his followers severely! In fact, Christ’s persecution was plotted by the

The sentence “Jesus will return again” has been the important and the key concept that is mentioned in the Holy book more than 300 times.

In the "New Testament", several full chapters are assigned to the Christian Messiah [Matthew, Chapters 24 and 25; Mark, Chapter 13; Luke; Chapter 21].

Some Treatises have only focused on the importance of this concept such as the First and Second Thessalonians.

The "Revelation of John" is entirely in relation to the events of the Apocalypse.