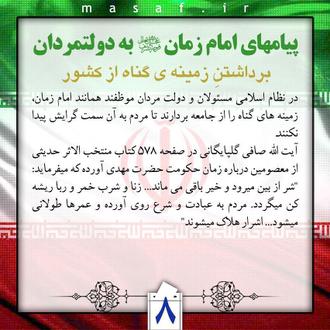 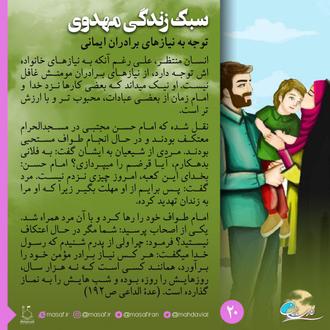 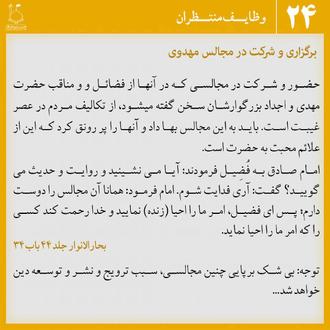 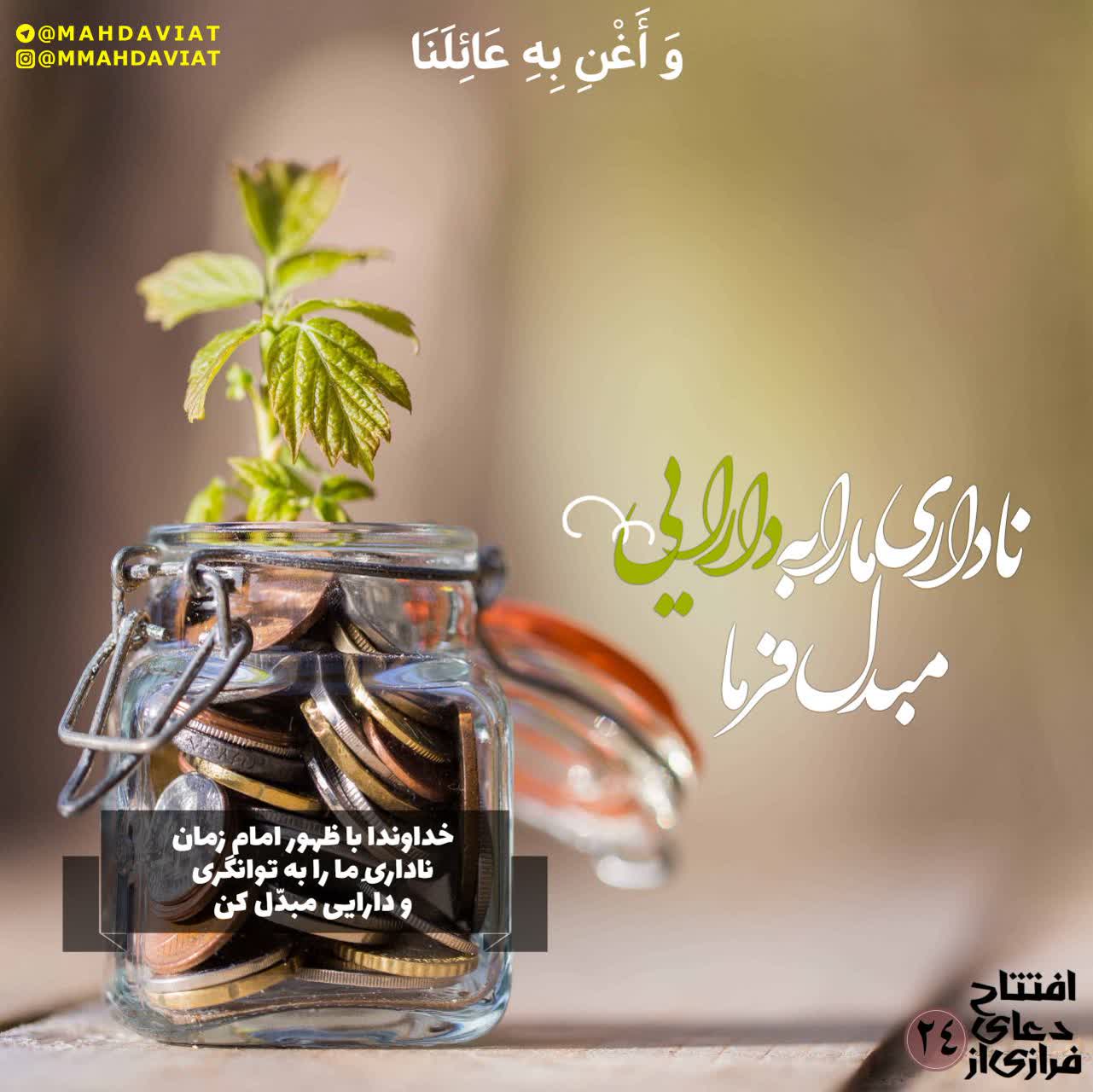 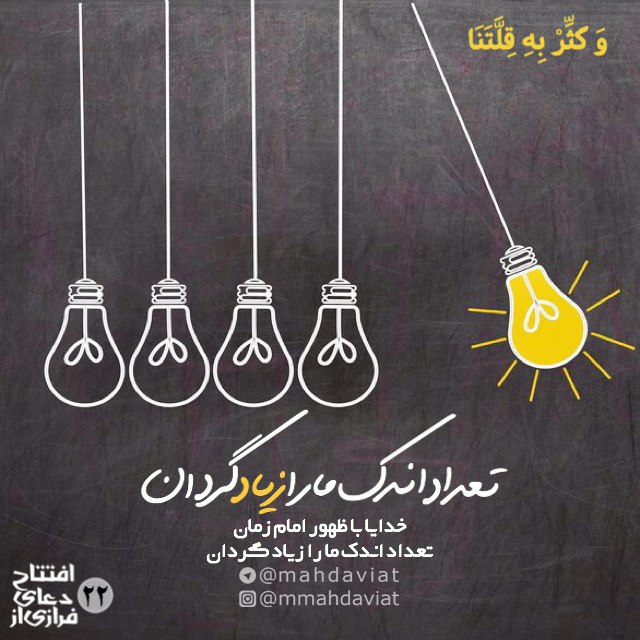 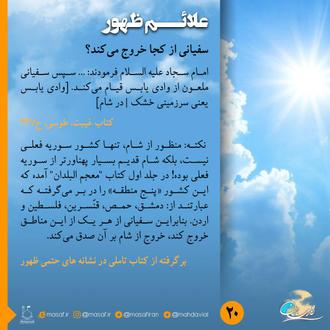 What does Mahdism mean and what subjects are included?

Answer: Mahdism is the belief to a certain rise of a divine leader from the progeny of Prophet Muhammad (PBUH) who will come before the end of the world to save humans and promote justice and Islam all over the world that his name is Mahdi.

We have studied some of these subjects up to now. We will state more in the future. Some books for further readings are: Kamal al-Din and Tamam al-Nimeh, Montakhab al-Athar, Mekyal al-Makarem, Musua’a al-Imam al-Mahdi (the encyclopedia of Imam Mahdi)

What are the characteristics and appearance of Imam Mahdi (PBUH)?

Answer: According to narrations and some valid meetings it could be said that Imam Mahdi (PBUH):

1. Is the most similar person to the Prophet of Islam, 2. Has a beautiful young face, about 30 to 40 years old, 3. Is average, slender and strong in stature, 4. Has a fair-reddish (tawny) complexion, 5. Has long, curly and wavy hair, 6. Has a broad and shiny forehead with the effects of prostration and a black mole on the cheek, 7. Has strong and big shoulders, 8. Has a broad chest, 9. Has big and black eyes, 10. Has drawn and long eyebrows and narrow nose and calves. 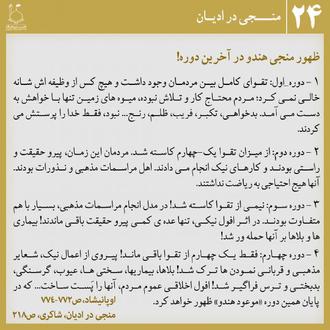 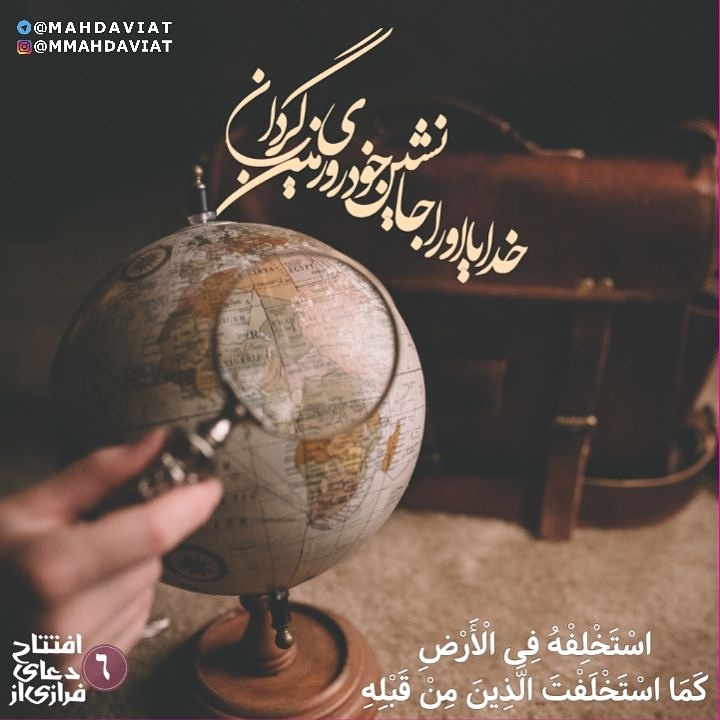 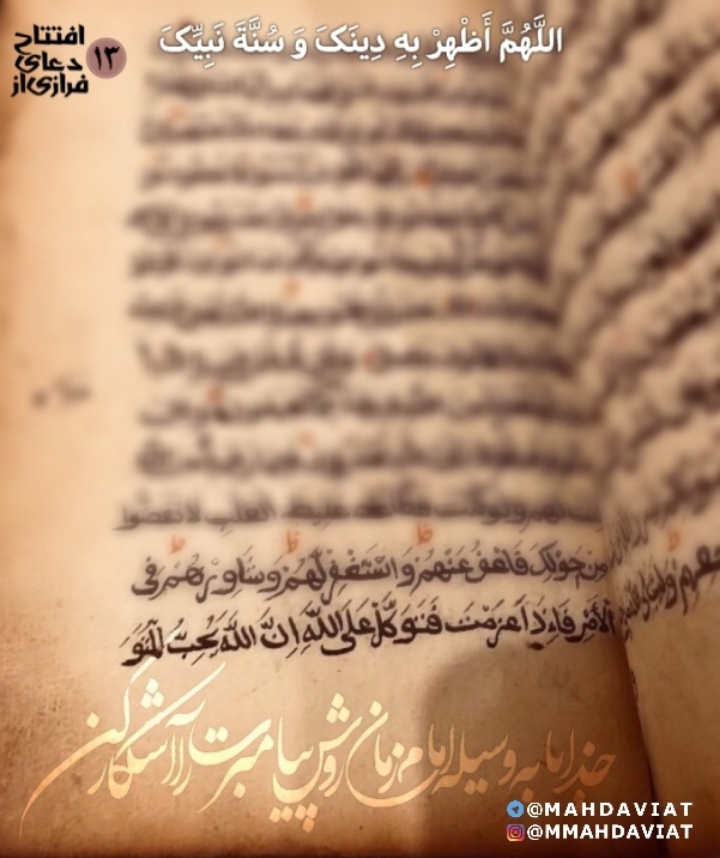 From Ashura to the Reappearance - First series

From Hussain’s (PBUH) Ashura to the Reappearance of Mahdi (PBUH)

Ashura is a lesson for everyone who wants Imam Mahdi (PBUH). Maybe Ashura is the instance of the bloodiest disloyalty of the history, but it didn’t end and since it proves a notion to the people of each era, it is flourishing more and more day by day.

Ashura is a tearful historic event for all people of the world in every times to know who is Imam and how is his absence? So that they know the contrast between wanting and not wanting is and endless conflict between who chooses either himself or Imamate. Ashura is the root of Mahdism and awaiting ideology of Shia. The basis of Ashura and Karbala is the lesson of awaiting and a hope for bright future of Shia.

Nowadays those can wish companionship of Hussain of the time (Imam Mahdi (PBUH)) and yell “we wish we were with you” who do whatever needs to be done and consider awaiting as taking action and make it their first priority in all stages of their life during the Occultation.

Ashura is the criterion…

Quran and narrations always remind us that the two lines of the Truth and Falsehood are together. Quran introduces a Falsehood line against the course of the Truth throughout the history. “Their intention is to extinguish Allah's Light” (The Quran, Surah 61, Verse 8)

It’s interesting that the verb that the Quran uses is future continuous, meaning it will continue and it’s continuous. It means there are still people who are after opposing the religion of Allah, as some people tried to eliminate the religion of Allah during the lifetime of the prophet and Imams, and it led to the divine and entirely shiny jihad of Imam Hussein (PBUH) and the event of Ashura that separated the Truth from Falsehod until the end of the world.

Nowadays, there are also some people who are after breaking and opposing the course of the Truth and one should learn the lesson of recognizing the criterion from Ashura and be after establishing justice and opposing any tyranny and cruelty which its superhighway is awaiting and helping Imam Mahdi (PBUH)… 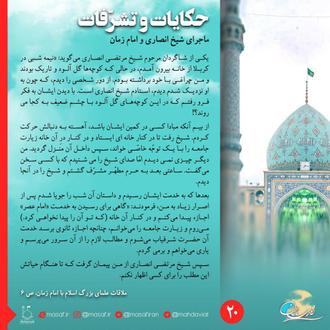