The Genealogy of Imam Mahdi (PBUH)

The beginning of the Imamate of Imam Mahdi (PBUH)

Imam Mahdi’s (PBUH) mother was Narjis Khatoon who from father side is Joshua’s daughter, the son of the Cesar, Byzantine Empire and from mother side she reverts to Simon one of the Jesus’ (PBUH) apostles that was transferred from Rome to Medina and then in Imam Hadi’s house, she got acquainted with Islamic Rules under the supervision of Halimeh Khatoon, the daughter of Imam Javad (PBUH). Then Imam Hadi (PBUH) married her off to Imam Askari (PBUH) and accordingly this pious gentlewoman had the honor of being Imam Mahdi’s mother. This respectful lady according to one quotation passed away in 261 AH (874 AC) and as another quotation one year after the 11th Imam’s martyrdom. Her honorable tomb is located next to Imam Askari’s Shrine in Samarra.

The Abbasid Caliphs were fully aware of the fact that soon in Ahl Al-Bayt a holy infant would be born and would remove cruelty and corruption from human societies according to quotations from Prophet Muhammad (PBUH) and Impeccable Imams (PBUH). Based on this, the Abbasid had observed all Imams’ activities from Imam Jawad (PBUH), even they had transferred Imam Hadi (PBUH) and his son i.e. Imam Askari (PBUH) from Medina to Samarra to control their activities. These pressures got extreme in the era of the 11th Imam to lower the Imam’s meetings with his Shias. The Abbasid governors again and again would put him away in custody and from time to time they would raid his house probing everywhere to find any trace of that promised infant. But Allah’s providence was that this blessed infant be born in the ancestry of Prophethood and revelation as this verse of Holy Quran says: “Their intention is to extinguish Allah’s Light (by blowing) with their mouths: But Allah will complete (the revelation of) His Light, even though the Unbelievers may detest (it).” (61: 8) 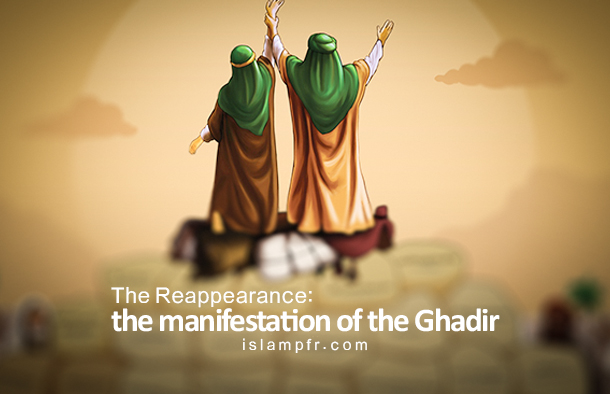 Ahd prayer is a prayer aiming to form a connection between Imam Mahdi (PBUH) and us. In this prayer, we pledge allegiance to that Imam and we promise to do certain things and make preparations for establishing his Mahdavi government of “Justice”. This prayer acts as an illuminating guide for our activities.

We say in the “Ahd” (convention) prayer that: “Convey (our salutations) to our Master- Imam Mahdi- the Guided, the Upriser in your command- the Salutations of Allah be upon him and his Pure Fathers, from all believing men and women .” Convey to Imam Mahdi (PBUH) from whom? “from all” faithful men and women. That is an important point itself.

This boundless love in Ahd prayer is understood through these phrases: “فِی مَشَارِقِ الْأَرْضِ وَ مَغَارِبِهَا”  in the east and west (of the earth) ‘وَ سَهْلِهَا وَ جَبَلِهَا”  in flat and mountainous lands, “وَ بَرِّهَا وَ بَحْرِهَا” in the sea and on earth.   See, how constructive this prayer is. What significance is there to explain about oneself or to introduce oneself? These phrases are inclusive. All (creatures). Seas, lands, plains, mountains, the east the west, an affection without borders. This is very beautiful.

The Eid of Allegiance and its Importance

The belief in the ultimate victory of the front of peace, justice and right over the front of wrong, opposition and atrocity as well as the complete and full-scale achievement of human values along with establishing a utopia and an ideal society and finally the implementation of this public and human idea by a Holy and Grand figure who has been named as the Apocalyptic Savior in all Divine Books is a belief in which more or less all religions and sects with their differences and distinctions believe.

This belief, in principle, is rooted in Divine Books. The Holy Quran has heralded with complete certainty of the ultimate victory of faith and monotheism, the certain victory of the righteous and the faithful, the permanent downfall of tyrants and the brilliant and blissful future of humans.

Mahdism from a faithful viewpoint

Undoubtedly, “faith” is the main backbone of a human’s characteristics which forms the actions and behavior of him that’s why divine prophets strove to modify humans’ beliefs. In Islam, people are invited to believe in God and his prophets as well as the last of them- Prophet Muhammad (PBUH) and his successors after him.

And Imam Mahdi (A.J.) is the last successor of Prophet Muhammad and each Muslim must accept his Imamate after getting to know him and be obedient to him. He is the last divine leader and is the same Savior of Mankind in the apocalypse as his return and Reappearance is indicated in Islamic and non-Islamic books.

In religious texts, knowing the Imam and following him has a special importance and is introduced as the felicity of this world and the afterworld:

And the Prophet of Islam Muhammad (PBUH) says:

The Eve of the Beginning of Imam Mahdi’s Imamate

In the lunar calendar, the ninth day of Rabī’ al-Awwal is the anniversary of the beginning of the Imamate (Divine Leadership) of the last Divine Savior (Imam Mahdi). It is also the day of renewing the covenant with him; and with his purposes and sacred ideals. For this reason, Shias (followers) of this Imam (Divine Leader) and those who wait for his appearance consider this blessed day holy and celebrate it.  (In the year 2020, this holy day is on Monday, the 26th of October.)

The Twelver Shia believe that Imamate is a divine trust in the hand of an Imam and at the time of his departure to Allah, he delivers it immediately to the next Imam without any interval and interruption even for one quick moment.

Because according to Islamic narrations, the earth cannot be empty from a Divine Authority; otherwise, the earth will be destroyed with its entire inhabitants. 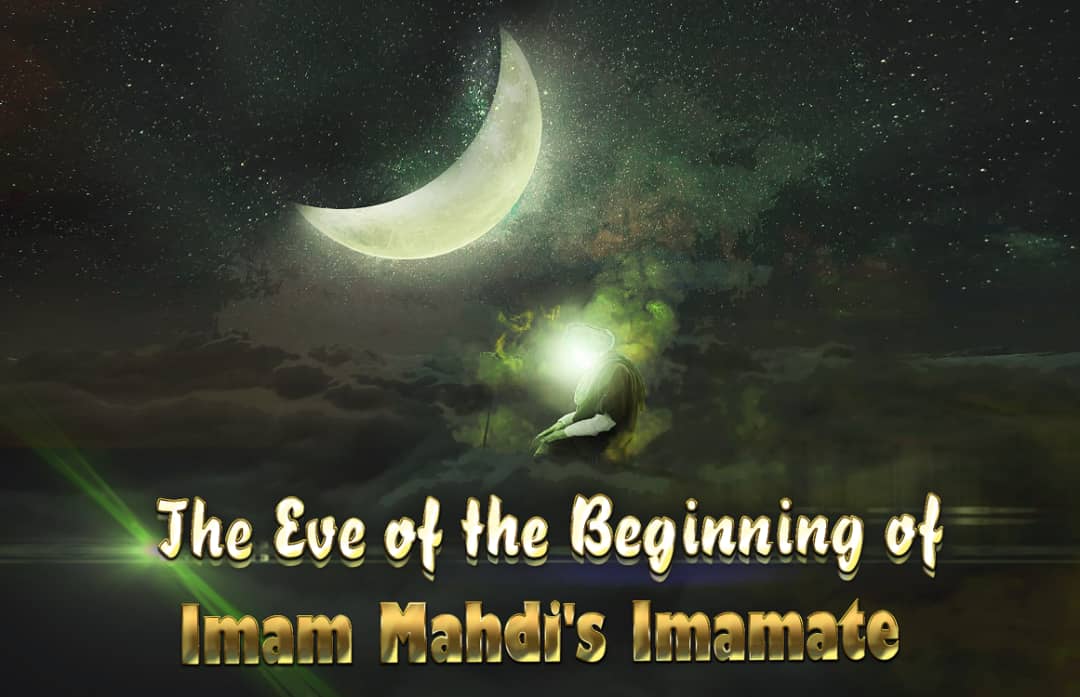 The rule of twelfth Imam will be based on religious sovereignty and refusal of laicism and secularism. Imam Mahdi (PBUH) will rule on the basis of Quran and his goal is to fully realize justice, not just in a limited domain but on the whole world.

At the time of arrival of the savior, the nature will act differently. The animals will cooperate with men. The paradise in which Adam and Eve dwelled and were expelled from, will be founded again on the earth. 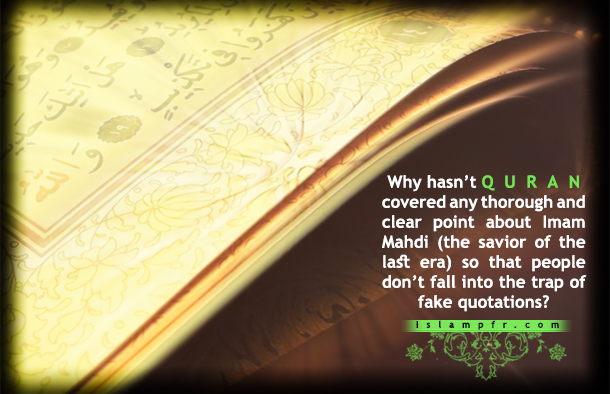 The only way out

Criminal activities of terrorist groups, poverty and hunger of African people, war in Syria and Yemen, epidemics, people being crushed by capitalism, ... The only way out is the Reappearance of the Promised Savior to fill the world with justice. 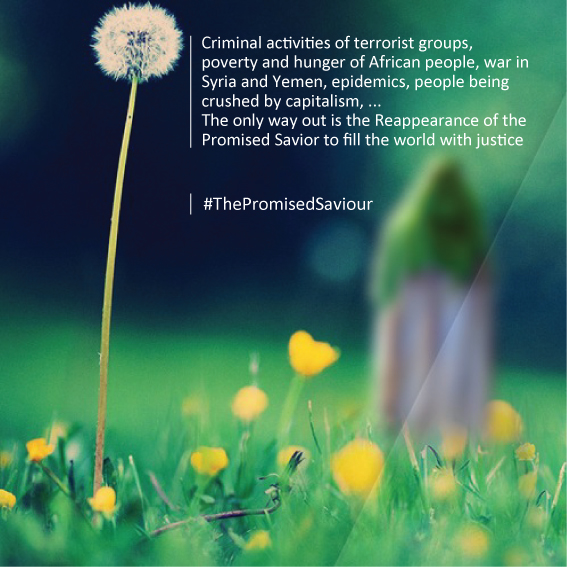 Can those who don’t believe in the Divine Savior’s Reappearance offer another option to the oppressed people? All government ideologies in the world have been tested and failed. 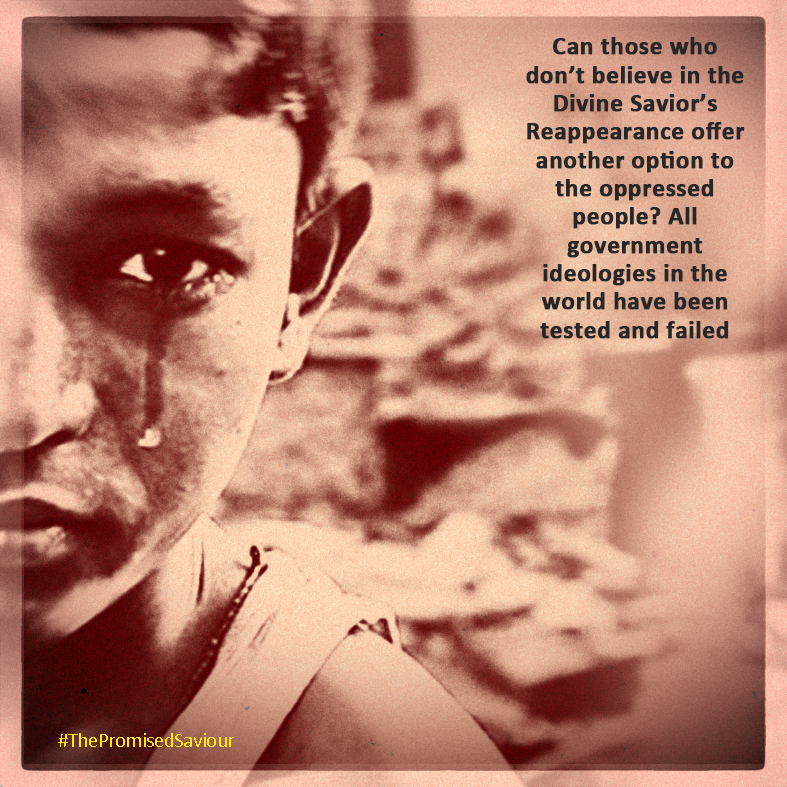